Butia’s uPVC double-glazed doors and windows are classified by their application as follows: Made by different fittings, casement windows such as turn-only or tilt-only window, tilt and turn window, French window, tilt first window, etc., swing on the window’s horizontal or vertical frame, and they have various applications in buildings. This double-glazed system, most widely-used window in buildings, has the highest insulation rate among uPVC windows since its sash locks at the four sides of the window frame, and it is caulked by insulation rubbers which prevents heat and cold transfer, stops the ingress of dust and environmental pollutions, and increases the soundproofing level. These double-glazed doors include different casement doors such as balcony door, entrance (lockable) door, tilt and slide door, zero-threshold door, etc., which swing on the vertical or horizontal frame, and have various applications in buildings. Like casement double-glazed windows, these doors have the highest insulation rate among uPVC double-glazed doors. 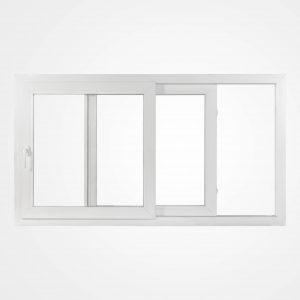 Sliding double-glazed windows have a variety of sashes such as single slider, double slider, etc., which can be used in buildings according to the function required. They are utilized in buildings where there is not enough space for casement double-glazed windows; here, a track-sliding window, which does not need to swing on vertical or horizontal frames, is exploited.
Although the uPVC sliding window has a lower insulation rate than the uPVC casement window, it is insulated much better than aluminum and iron windows. Given that the technical requirements are met in sliding double-glazed windows, they minimize the heat loss and the ingress of dust. 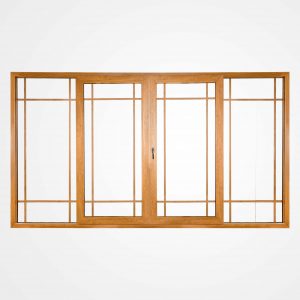 Like sliding double-glazed windows, these doors have a variety of sashes such as single slider, double slider, etc., with the same technical features and specifications. Further, these doors can have lockable fittings installed to manufacture entrance doors.